So I've been a cheese and carb-lover my entire life. Going Paleo is for me currently, not just a diet (I need to lose about 50 pounds) but it's a way to help me maintain a healthy weight for the rest of my life. I've been in the process of going paleo for about 3 months but last month I fell almost completely off the wagon. Now I'm back and I want to go all in, I want to lose this weight now - I'm in a competition at work and stand to gain about $1,200 if I can lose some major weight between now and December.

I'm hosting a dinner party tonight (menu includes steak with compound grass-fed butter, sweet potatoes, brussels sprouts, salad and apples with fruit dip for dessert) and I'm putting goat cheese in the salad. My question is, how bad is cheese for you on the Paleo diet really? I know not to eat it non-stop but if I have about a serving a day with this severely hamper my weight-loss goals? What is the consensus on this? Any advice is greatly appreciated - about this or my goals in general! 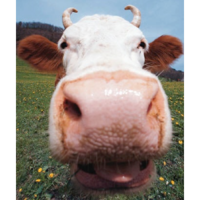 Some cheeses are so pungent and flavorful that a little bit can really add to your meal. I try to stick with long aged and moldy blue cheeses or cheddars. Lots of cheese like in some awful lasagna or mac and cheese would do bad things to me, so I don't try and recreate them in the Paleo image.

some may disagree, but cheese cultivated from grass-fed animals and as raw and lacking of additives as possible can work for some people, but then it also depends on your tolerance to lactose (trace amounts after the curdling process) and casein.

Specific to weight loss, I see it as an animal fat + lactose + casin + questionable extras, so I treat it as such. I can do some types; e.g. american cheddar from Whole Foods makes me feel icky, but crumble cheeses and full fat ricotta seem to work for me. I would suggest experimenting and see what works for you.

cheese is bad is kind of like potatos are bad or gluten is bad,

if your sensetive to dairy products (casein/lactose/whey) then cheese may be quite bad for you, if your not then it would depend on the quality and type of cheese. for example cheese processed with certain molds may cause an effect in a lot more people than cheeses without. also things like cheese quality come into play, not only as far as the nutrients in the cheese are conearned(think grassfed) but the toxins in them aswell, consider that cheese is often made from milk that is not really fit for human consumption(or just lower quality milk in general)(think less nutrients/more toxins as a general rule)

so in some cases with good cheese in certain individuals it may not have any negative effect, at the same time with certain cheeses you may see reactions through large portions of the population... even if the effect in that case might be small.

in general its not uncommon for people to have negative reactions to cheese, think greater inflamation, more mucus, skin problems, everything up to more obvious reactions(think lactose intolerance)

tl :DR - depends, although it is a common cause of small issues