Recently, I started eating Paleo, partially because I've had a bad relationship with food for awhile, and it's helping me to think of eating as something I do to take care of myself, rather than something I do to make me feel better. It's also helped curb the constant nausea I felt before cutting processed carbs, particularly wheat, out of my diet.

Recently, I convinced my boyfriend, who is in pretty bad health, to give it a try with me. It's made cooking fantastically easy, as we just toss various paleo slowcooker recipes together every few days to take to work, and dinner is happily provided by my parents, who we're living with for the time being.

However, my stepmom is getting a little... freaked out, I guess is the right term. She made dinner the other night, and when we skipped the rice in favor of plenty of veggies and chicken, she got very upset. Now she's trying to convince my boyfriend to try this thing that she's gotten into- the "Virgin Diet," that involves just eliminating high FI foods. She's also been throwing diet advice at me, telling me to eat plenty of beans and rice for good energy. Beans and rice make me throw up, so no.

Does anyone have good advice for how to deal with this? I feel like I've finally found something that works for me (and US, for that matter) and it's being completely spat upon. /endrant

The worst part about this is that she's already had all the science explained to her- My sister went Paleo about two years ago now. My stepmom herself is very diet-conscious, and has the idea that she's some kind of nutrition god. She's convinced that we need complex carbs in order to have energy at all.

High Food Intolerance foods. Including Gluten, Soy, Peanuts, Artificial Sugar and Corn, which is fine of course, but also incuding Eggs, Regular Sugar, and all Dairy, three things that we go to on a regular basis, especially Eggs. 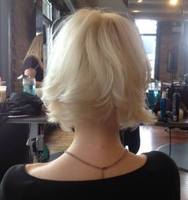 What do you mean by high FI foods?

I have encountered the same problems, with my mom thinking I was becoming deficient in calcium because I don't drink milk, and other stuff like that.

I found it best to just be honest that it makes you happy, and that it works for you. If you can prove, by action, that it works best for you, maybe they can look away from their preconceptions.

Have you read any paleo books that you could offer that they read as well?

Also, you could make a few meals that are completely normal, like bacon and eggs for breakfast or vegetables, chicken, and a baked potato for dinner, to show them that your meals are not that different, and that you are just cutting out the bad stuff!

I would talk to her about nutrition in general, especially touching on how the two diets are similar and explaining the science behind paleo and why you choose not to eat beans rice wheat etc.

When I switched to Paleo a year and a half ago, family and friends felt threatened by my new approach to food and nutrition, and they felt very intimidated and didn't want to think that what they were doing was horrible for they're bodies, but once i explained the science and how this way of eating has improved my life and my relationship with food, they felt more comfortable with my decision and even were curious to try it themselves.

Also, people become very threatened and insulted when you tell them what they're doing is wrong, which is why i simply discuss the benefits of all ways of eating and use science a tool to express how paleo is superior, while not degrading they're way of eating. I hope this is helpful. Good luck. :)

The worst part about this is that she's already had all the science explained to her- My sister went Paleo about two years ago now. My stepmom herself is very diet-conscious, and has the idea that she's some kind of nutrition god. She's convinced that we need complex carbs in order to have energy at all.

Greetings Dr. Song, sorry to hear that the Doctor is in poor health. Must have been the weeping angels again, must keep an eye on those... :)

Diets are a spectrum from horrible, to less bad, to good to optimal.

I find it very difficult to convince people of diets, especially when they're addicted to certain foods as most SAD'ers are. "What? Give up beer? What give up pizza?"

But there are those who are curious and want to know what you're doing, and why, and if it strikes a cord with them, they may decide to give it a try.

We do not require rice or beans to be healthy, and can be very healthy on a very low carb diet with plenty of veggies and leafy greens. I do consume a little bit of white rice occasionally, but prefer sweet potato instead, this is more of a carb refeed after workouts than an every day thing.

I found beans to be far less harmful than wheat, but then, I do have a strong reaction to grains, and it doesn't mean that beans don't cause harm, just that I don't notice it as quickly. I prefer my protein to come from wild caught fish, shellfish, grassfed beef/bison, etc.

It's interesting that she says to avoid these foods, but hasn't figured out that it should be all grains and legumes.

So she's "almost" paleo. I'd approach this by searching resources that say why grains should be avoided, and repeat for legumes, and say "This is very similar, but she's got just a couple of things wrong, you see, all grains are bad because they contain gluten, that includes corn, which isn't a vegetable, but a grain," and then show the research on legumes and point out that peanuts are a legume, so very similar to beans, therefore beans should be out too.

Start with what's similar, and then say, "Paleo goes much further and is far safer."

I would suggest having a conversation with her, letting her know that you're aware of the issues you've had with food in the past, and that you appreciate the concerns she has. Then tell her that you are making an effort to really take care of yourself, and that what you've recently been doing seems to be working well for that. Let her know that you believe different styles of eating can benefit different people, and that you simply don't thrive or even feel well when eating beans & rice, etc. It will help if you acknowledge that those foods may be right for her, though, and you're happy for her if it does.

Talk with your stepmom, tell her every thing about this. This is the only way i think.