Hey guys. I was vegan for 5 years and recenty transitionned to paleo. I am on the AIP diet to try and cure/ease my IBS, alopecia, asthma and rosaeca (what a load of fun hahaha). I loved being vegan, really enjoyed all the amazing food on the diet. Except it made me feel like shit: I was always tired, bloated, gassy and irritable.

I did so much research on both the vegan diet and the paleo diet. It all contradicts itself: there is proof that people who eat less meat live longer and are generally healthier (i.e: the china study, the startch solution). On the other hand, it's also been proven that the paleo diet can help heal autoimmune disorders etc.

Anyways, I just don't know what to beleive anymore. I also hate the taste of most meat and don't crave it at all. I can stomach fish and chicken though. Is it okay if I don't eat any red meat while on the paleo AIP diet? And has anyone with an autoimmune disorder seen any positive changes while on the AIP diet? 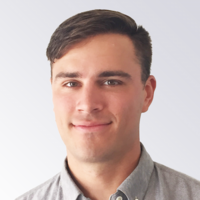 Great question. As long as you're getting enough protein, I don't think there should be any problems whatsoever with not eating meat while on the paleo AIP protocol. As for the studies you mentioned around not eating meat and the cancer link, I found an interesting article that pointed out that in many of the studies (china study, starch solution) that showed not eating meat was tied to longer lives, that effect disappeared once adjusting for vegetable intake. The thought is that some of the harmful components of meat are counteracted by protective compounds in plant foods and compounds in bones / organ meats (or bone broth). The Paleo Mom wrote a relevant article on this if you want to take a look. I'd suggest trying Paleo AIP for a month or so without red meat and introduce it slowly (or a meat product, like bone broth, that may be easier to digest) after 30ish days if you don't see any improvements.