SO I have been paleo for a while, I think I finaly have figured out what works for me(VLC). On an average day I don't exceed 50g of carbs, Fat usually takes up 60% of my caloric intake. I do some bodyweight excersises, a couple times a week, as well as occasional Tabata Sprints, and Occasional Bike rides/Trail Runs etc.

A couple years ago I started Adventure Racing. My races range from 5-15hrs I generally do not run during my races, and still seem to rank respectably.

My first few races (pre-paleo) never ran out of energy, and was constantly consuming carbs, in drink/bar/gel form. I started Paleo last year, and did one race paleo- Race fuel consisted of Jerky/Bacon, Nuts, Raisins, an Avocado, and watered down coconut water. My energy was exhausted, well before the end of the race. I still finished and ranked decent but did not like my performance.

After that race, I decided to take a "Paleo Break" - worst idea ever.

I participated in another race- with standard race fuel, had acceptable energy level, not great, but acceptable, but after the race I felt Toxic.

Decided to go back to Paleo.

Just recently I had another race, I fueled with Paleo supplies- Bacon, Jerky, GORP. and I also drank a pretty watered down HEED Solution. My performance was good at times, real bad at others. I think the HEED was making me feel sick. While I still ranked first place in my division, I know I can perform better.

Generally Before Races I would fuel with Sweet Potatoes, Avocados, and a meat source.

So my question is how can I fuel for adventure races appropriately and still maintain my Paleo Diet, When I am by no means an athlete, but do participate in several endurance events/year?

No, I have not.. A lot of it is due to how easy something is to carry and how well it holds. I have heard of/seen some endurance athletes doing little burritos, so maybe if there was some way to wrap the rice in something easy to digest, perhaps a corn tortilla, that could work.

Just wondering...was your race in the Yosemite area?

HEED never sat right in my stomach. I switched to Perpetuem and Hammer Gel for longer rides (bicycle centuries mostly) and found that combination worked great for me. 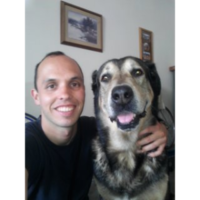 Have you ever tried using starchy carbs like rice in place of fruit during training/racing?

I run ultra marathons and do adventure races (though sadly not as many of the latter recently!). I still eat some non-paleo foods in some situations as I've found certain things just work better for me.

In training, if I'm not practicing race nutrition, I will eat "real foods" but lean towards natural carbs such as dried fruits, or even real fruit such as apples -- things that are hard enough to not become mushy. If it is a really long training session I'll mix in more fat and protein via trail mixes (macadamia, coconut, dried cranberries) and perhaps something like jerky or tanka bites. Or even hard boiled eggs.

But I race differently, as the intensity is much higher. And I will train like I race every now and then to make sure it still works and be properly practiced for race day. In something up to 3-4 hours, such as a marathon that is well supported, I'll just carry 3-4 hammer gels and eat one every 45 minutes or so, trying to time that to just before a water station so I can wash it down and dilute it a bit. For longer events I will use something like Hammer's Perpetuem, which is a carb:protein mix (4:1 ratio). I will eat 80-90% liquid diet on 8-12 hours and mix in other food as the duration increases (and therefore the intensity increases). Other food in this case may be a gel or a bar such as lara, etc. The longer it is the more likely I have "real" food.

I have experimented with some other fuels but have not had the same success. I tried chia iskate (chia, lime, honey, water) but found I'd be really low on energy around 3.5 - 4 hours. Just not enough digestible carbs there, in my opinion. I'm always playing with things and woud like to try dates, figs, and the like as well. And I'm certainly open to listening to other's who have had success for this kind of thing!

Have you ever tried using starchy carbs like rice in place of fruit during training/racing?

No, I have not.. A lot of it is due to how easy something is to carry and how well it holds. I have heard of/seen some endurance athletes doing little burritos, so maybe if there was some way to wrap the rice in something easy to digest, perhaps a corn tortilla, that could work.

dried fruit! got me through a marathon...

I found out that prior to gels and bars being invented, the cyclists in the tour de france used potatoes since the starch gets converted to glucose rapidly and absorbed rapidly. You could try that as it extremely delicious.

Make salt potatoes and store them in the fridge, them bring some to eat cold during the race. They are epically delicious post workout eaten cold and plain. Plus they are salted which will help with electrolytes

boil the potatoes in water seasoned with the salt until they are done. Store in the fridge. Enjoy cold or warm with butter.