If there's only farmed fish and unideal meat (not grass-fed, free range, etc etc) what is the best thing to choose from on the menu at a restaurant if you had to choose an animal? Would it be best to choose chicken, fish, pork, or beef? And should you choose the leanest meats to avoid the unhealthy junk in the fats of the animal?

Whenever I go out to eat there seems to be an inverse relationship between the strange number next to the entree and my satisfaction after the meal. 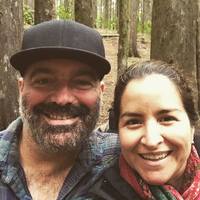 Meat from ruminants has the best protein and fat quality, and if you can get your hands on grass fed, organic, you're golden.

I suggest you switch restaurants. Goto a sushi restaurant and get salmon sashimi. Or if that's not possible, I'd chose the leanest cut of beef on the menu and tell them to simply grill it then have it over a bed of veggies.

You can search on a smart restaurant search by some relate key words. Example: Fish, meat restaurants, or your place. It allows for easily finding out all restaurants near your place or view details of a restaurant with telephone, location, photos, description and reviews from internet community about that restaurant.

Recently I decided to order salmon at a steak restaurant. I had been to some other restaurant the week before and their steak was obviously marinated in a stew of sodium compounds. I was not happy.

I was however, happy with the fish. It did not taste like it was adulterated with stuff meant to make me order extra drinks.

So, when I do go to restaurants, I think I shall try seafood again. The downside is how lean it is- restaurants sort of assume people ordering fish and mixed veggies are on the low-fat bandwagon, but since they tend to use canola oil that's probably a good thing. Maybe I'll just bring ghee.

I go with the fish, mainly cos I'm not great at cooking it. Unless there is something special/exotic on the menu, crocodile, ostrich, etc....

Beef you can do at home, its the blandest thing on the menu!

'Ill take the beef, hold everything else.'

Eat what you like. Grass-fed, wild-caught, pastured, etc... in terms of nutrition they are minutely better than CAFO.