I recently came across something called the Oil Cleansing Method that recommends using a combination or castor and sunflower seed oil on your face for daily cleansing: http://www.theoilcleansingmethod.com/

I have also occasionally heard of people using coconut oil on their faces as moisturizer.

I wanted to find out more information on whether people use these various oils as facial cleansers? and if so, information about their successes or failures with these methods, and the type of skin they have.

I would like to follow a more paleo skin care regimen - but suffer from acne (which has gotten better since going paleo, but isn't totally gone)...and am nervous about stopping my salicylic acid facial cleanser.

Cave Tomboy that's just plain wrong! It is highly comedogenic and it causes problems for more people than not. You couldn't pay me to put that stuff anywhere near my face.

It clogs mine AND it dries it out.... everyone is different

I think of all the acne meds out there, salicylic acid is the most benign ingredient you will encounter. It acts as a mild chemical exfoliant in the typical concentrations that they use in most acne products. but i think it's somewhat unnecessary. you can add tea tree oil to your stock oil if you want anti microbial effects. As for exfoliation, I would just steam the face to open the pores up, combine sea salt and the oil and gently scrub. Skin glows after this

i would avoid BP since it's a peroxide. Peroxide compounds are usually involved in free radical formations, which is their antibacterial mechanism. Free radicals = dna damage and it's not selective in this case (think cancer).

Is it possible to absorb omega 6 transdermally from the olive oil?

Coconut oil will not clog pores.

there are (at least) two kinds of coconut oil (or, rather, ways to process it). The refined stuff has no smell (though I still like the taste of it). That's what I use to cook in, as the kids complain when their eggs have a coconut smell/taste. But the unrefined stuff (got mine from Tropical Traditions; have never seen it in a regular grocery store, though WF might have it) has a lovely coconut smell/taste!

How come everybody mentions the nice aroma, but mine has no smell no taste, nothing. I gotta go home and look at the label. It's mass market, but in a mason jar, that's all I can remember. I'm sure it's pure, but maybe too refined?

I use the oil cleansing method (25% olive oil/75% castor oil) about every 2 weeks. About every 3 days, I heat up a wash cloth and pat it on my face to open my pores, then slather on coconut oil before I get in the shower. I lightly use a wash cloth in the shower, then rinse off, w/ the final rinse being cold water. Most days, I just wash with water and a wash cloth. I use coconut oil as a moisturizer some days (the extra virgin kind b/c I love the scent. beachy!). My skin has never looked better; even the woman who does my brows and has done facials before me before commented on it!

i use olive and coconut oil all the time on skin nails and hair.

Is it possible to absorb omega 6 transdermally from the olive oil?

I use nothing. I tried the oil-cleansing method once and once every couple of months if I get a "spot", I might try a bit of Castor Oil on it. But I experimented with just water and it works better than anything I have ever used. And I don't need any moisturizer (first time in my life).

I use jojoba oil???which I've heard is the closest oil to natural skin oils???as a night moisturizer, and it's improved my skin immensely. I do still wash with gentle Cetaphil cleanser and use a day moisturizer with SPF, but as with my food, I'd always been afraid of putting oil on my face and have learned that it's nothing to be afraid of.

Also, edited because you mentioned salicylic acid???have you looked at trying spot-treating with benzoyl peroxide instead? When my acne was more serious, I never got any kind of results with salicylic, but BP, though drying, works brilliantly. Alpha hydroxy acid is also helpful???you should check out acne.org if you're interested in non-paleo solutions (they also have a great cheap jojoba oil, and I really like their AHA product, too).

i would avoid BP since it's a peroxide. Peroxide compounds are usually involved in free radical formations, which is their antibacterial mechanism. Free radicals = dna damage and it's not selective in this case (think cancer).

I use a pinch of coconut oil every morning and just wipe my face with a wet wash cloth day and night. I've always done this though, because in my culture we usually use shea butter or coconut oil on our face. (I'm African-American)

A lot of people have success with different oils, like jojoba or olive oils. I think washing your face with just water and choosing an oil as a "moisturizer" is a good start. Then from there, experiment and see what works for you.

Also, try drinking lots of water and get good fats (from fish and grassfed beef). Eat hydrating vegetables, like cucumber and spinach. Eat grapefruit. Eat fat but not too much, you know? 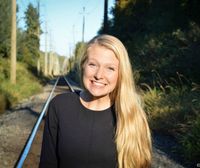 I don't use coconut oil as it makes my skin oily and that causes pimples. But I use defense soap that contains tea tree oil which is good for oily skin as well and reduces chances of skin fungal infections.

at the moment i eat well, sweat lots & rinse only with cold water!

the only thing i moisturize is my hands with coconut oil once a day after shower, otherwise i find im just messing with my bodies natural oils

I use the oil cleansing method about 3-4 times a week, and only in the evening. In the morning I just rinse with water. I've experienced a drastic decrease in my acne and other facial blemishes. I use a 25% castor/75% sunflower seed oil blend. I also moisturize with Jojoba oil, as it's the most similar to the sebum your skin naturally produces. :) If your skin becomes dry, it's a sign that you've been overdoing it with the cleansing and need to back off and let your skin balance itself.

I have annoying 'combination' skin on my face. Oily forehead and end of nose, drier and tends to flake if I do anything it doesn't like everywhere else. I had awful acne for years until I cured it with paleo - but mostly in the dry areas of my face. I will still get little blocked pores if I don't keep my face reasonably clean.

My facial skin doesn't like oils very much. I've tried the OCM several times (with castor/olive or castor/grapeseed for cleansing and coconut for moisturizing). I've tried just using EVOO and coconut oil as moisturizers. Either my skin looks dry and flaky (I think it's all the manual cleansing and/or hot water necessary with oil cleansing) or my forehead is dripping with oils by mid-day. No middle ground.

I'm having great results with my current routine:

Don't wear makeup. Cleanse at least every other day with water or a light 'oil based' cream cleanser. Moisturize if necessary (usually isn't) with a 'natural' lotion. My skin looks smooth, young, well-moisturized but not greasy.

I recently had some really bad acne, it just came on out of the blue during a period I was truly 100% paleo (no alcohol, no caffeine, nothing processed, no sugar plus all the usual stuff).

So I tried using coconut oil on my face, kind of like you'd use a moisturizer, I just rubbed it in and left it. At first it seemed to calm down the acne and it improved but then after a couple of days I break out worse than ever with lots of cystic acne on on jawline and chin (below my mouth). So I gave up on it, it took a couple of weeks for it to clear up.

I don't if I used too much, or if it wasn't a good idea to leave it on my face - I was just working from other peoples accounts who had had good results with it.

I may try the method that Paleo-ish mention above to see how that goes. I'm keen to hear any other feedback on how to use coconut oil for optimal results as I still get the occasional bit of acne.

I wash my face with honey. I just pour a little honey into my palm and let it warm then I smear it on. If I have time I let it sit awhile before rinsing off. this has eliminated any need for moisturizers. If I wear make up I use the oil cleaning method.

Coconut oil will clog pores so I use olive oil, which is cheap and easy.

I rely on the Crunchy Betty site for help figuring out non-toxic personal hygiene treatments. :)

Coconut oil will not clog pores.

It clogs mine AND it dries it out.... everyone is different

Cave Tomboy that's just plain wrong! It is highly comedogenic and it causes problems for more people than not. You couldn't pay me to put that stuff anywhere near my face.